On November 3rd of 1930, Miss Othelia Winger, a student at the Marathon County Normal School in Wisconsin, was getting ready to go to a party near her parents’ home. Suddenly her lips felt like they were on fire and the pain just kept getting worse and worse. A doctor noted that her lips were swollen and she appeared to have an infection in her mouth.

Soon her chin and throat swelled up and a severe fever kicked in. Doctors were unable to figure out the cause. Two days later Othelia was dead.

A pathologist traced the cause back to the lipstick that she had applied while prepping for the party. It turns out that she had used paper-match lipstick, which is no longer sold.

Just to give you a brief idea of what they were: Imagine an oversized matchbook. You flip the cover up and inside are eight or ten paper matches, each with lipstick on its end. Tear one off and apply to your lips.

Othelia had obtained the paper-match lipstick from a merchant who had been giving them away as a promotional item. How they became contaminated with bacteria was unknown, but it was blamed for her death. 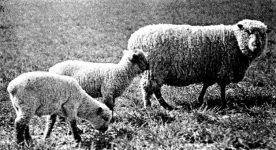 A story from August 20, 1974 reports that Dr. Carl R. Gustavson, an adjunct professor at Eastern Washington State College, had been doing research on sheep being kept at the local zoo in Spokane. Basically, he was trying to condition coyotes to keep them from killing sheep, which was