A story from August 20, 1974 reports that Dr. Carl R. Gustavson, an adjunct professor at Eastern Washington State College, had been doing research on sheep being kept at the local zoo in Spokane.

Basically, he was trying to condition coyotes to keep them from killing sheep, which was costly to farmers.  The idea was to feed the coyotes tainted lamb meat, which would make them temporarily ill, after which the coyotes would want to avoid killing live sheep.

There was one unanticipated glitch in their plan.  It turns out that a pack of dogs had gotten through the 12-foot (3.7-meter) high fence that surrounded the pen and killed eight of the sheep.

As a result of this setback, it was decided to move the study from Spokane to nearby Cheney. 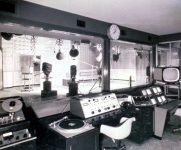 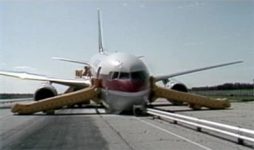 The true story of a Boeing 767 that ran out of fuel at 41,000 feet and lost total power. With no airport within gliding range, find out how these courageous pilots dealt with this frightening life or death situation.