A syndicated column by John Crosby that appeared in the press on June 18th of 1956 titled “Performer’s Gyrations May Doom Rock ‘n Roll.”  Of course, he was talking about Elvis Presley.  And Crosby truly hated him.

“The last appearance of this unspeakably untalented and vulgar young entertainer brought forth such a storm of complaints both from the press and public that I imagine any entertainer would hesitate to try him again on television.”

Crosby supported his case against Elvis with a quote from Harry A. Feldman, the head of the music department at Bryant High School: “The guest performer, Elvis Presley, presented such a demonstration which was in execrable taste, bordering on obscenity.  The gyrations of this young man were such an assault to the senses as to repel even the most tolerant observer.”

A California policeman added, “If he did that on the street we’d arrest him.”

Crosby offered more than criticism as to why Elvis was so popular. His theory was that all of that awful rock ‘n roll music on the radio could be traced back to a battle between the radio broadcasters and ASCAP over royalties that started just prior to the outbreak of WWII.  It resulted in ASCAP pulling all of its music from the air, which meant that “The good composers – Irving Berlin, Rogers and Hammerstein and the like – had their songs forced off the air and with a few exceptions their songs are still off of it.”

That hole created by the lack of his so-called “good composers” created a vacuum that was filled by what he considered to be bad music, Elvis included.

Some people just find themselves on the wrong side of history. 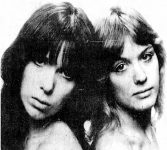 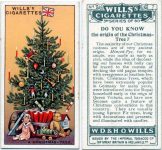 Back in 1900, students in the University of Pennsylvania’s biology department presented their professors with an unusually decorated Christmas tree.

[…] Read the blog that I found the story about the 1956 article here: https://uselessinformation.org/early-criticism-elvis-presley/ […]