An amazing coincidence was told in the news on May 23, 1932.  While on a flight from Russia back in November of 1920, a man named Alexis Davidoff gave his trench coat to someone in need.

What happened to that coat after that is unknown, but imagine his surprise when he saw that same coat being worn by actress Miriam Hopkins eleven years later while Davidoff was serving as the technical director on the movie set for “The World, the Flesh, the Devil.”

Apparently, the wardrobe department at Paramount Studios had been purchasing garments from Russian refugees for the past decade and his coat was among the several hundred they had obtained. 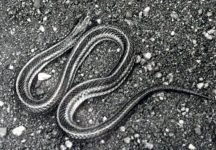 Mrs. Arthur Whifler was shocked when a snake emerged from the faucet while she was taking a bath.

In 1906, workmen in New York City discovered two boxes with mummified humans inside.