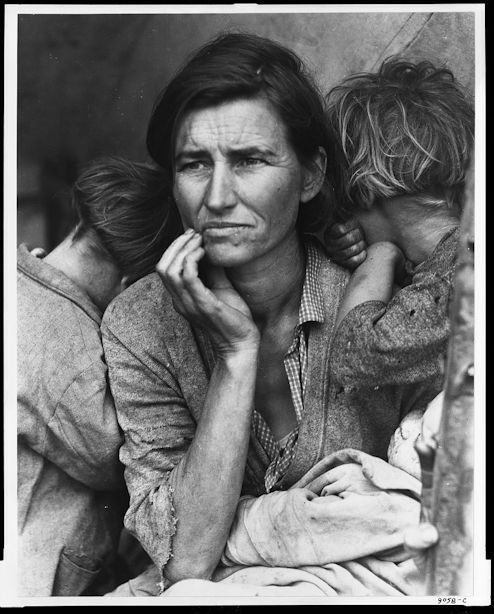 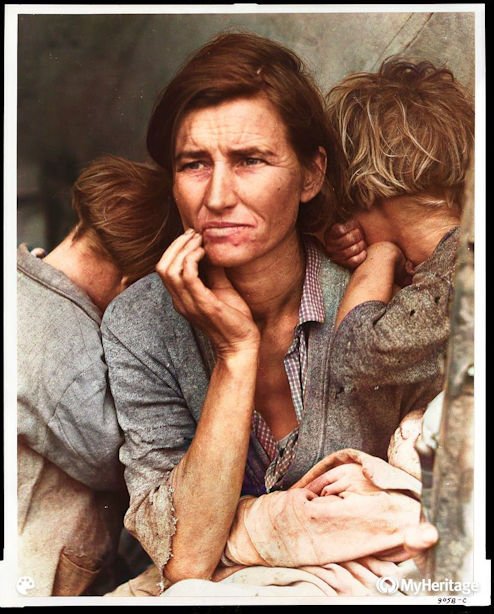 “Migrant Mother,” Florence Owens Thompson and her three children in March of 1936.

In February 1960, photographer Dorothea Lange stated, “I saw and approached the hungry and desperate mother, as if drawn by a magnet. I do not remember how I explained my presence or my camera to her, but I do remember she asked me no questions. I made five exposures, working closer and closer from the same direction. I did not ask her name or her history. She told me her age, that she was thirty-two. She said that they had been living on frozen vegetables from the surrounding fields, and birds that the children killed. She had just sold the tires from her car to buy food. There she sat in that lean-to tent with her children huddled around her, and seemed to know that my pictures might help her, and so she helped me. There was a sort of equality about it.”

Which leaves us with the question: Which version is more impactful, the original black and white or the modern colorized one? 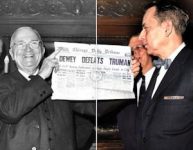 Colorized photograph of Martin Luther King, Jr with his father and son.