(This article originally appeared on page 1 of the January 26, 1914 publication of the Los Angeles Times and is reprinted word-for-word below.)

Grand Juryman Deliberates With Others and Is Con­victed of Offense.

(BY DIRECT WIRE TO THE TIMES.]

James Severn was indicted on the charge of disturbing religious worship by the grand jury on which he was serving yesterday. He was forced with the others to deliberate over his own indictment. Lawyers declare it is the first in the history such an event has taken place. Severn later pleaded guilty to the charge at the trial before Judge Woods and was sen­tenced to pay a fine of $25 and costs and to undergo three months’ imprisonment. Im­prisonment was suspended on condition of Severn’s good behavior. 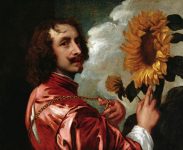