Elton John was the best-selling musical act of the 70’s, but few people realize that the best-selling American band was the brother-sister act of the Carpenters. James D. Dilts offered up a review of a Carpenters concert in the August 3, 1972 issue of the Baltimore Sun and immediately observed how different it was from any other concert he had attended.  “I knew something was wrong as soon as I got to the gate. No suburban attack squads in tattered clothes roaming the fence, feinting at the entrance only to go over or under further down. No rocks. No epithets.”

Even more unusual was how easy it was for him to get backstage. Roadies and managers do everything possible to keep fans from gaining access. Yet, it was very different this time. The group’s manager walked out to greet him and let Dilts in without any debate. Once the Carpenters hit the stage, it was more of the same. Some of the audience members were dressed in nice clothing, stayed in there seats, and there was no sign of drugs or alcohol.

Personally, the Carpenters have always been one of my guilty pleasures.  I know that their syrupy music makes some people want to puke, but in my mind no one can sing a depressing song better than Karen Carpenter.  Dilts offered up his opinion, “The Carpenters music bears the same relationship to American popular music, roughly, as Disneyland bears to American society. All the impurities, the vitality, the diversity, have been strained out and the bland remainder repackaged into a sort of Mickey Mouse version of the real thing.”

He concludes the article by stating, “I went straight home and put on the Rolling Stones to clear my mind.” 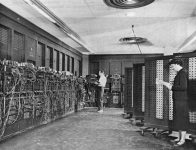 On April 14, 1946, Dr. Arthur W. Burks walked over to a machine and asked it to multiply 97,367 by itself 5000 times. It did it in seconds. This was the first programmable, electronic, general-purpose digital computer ever built. 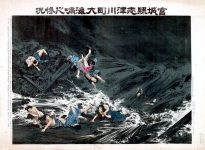 News traveled slowly in the late 1800s. It would take more than one month for news of a Japanese tsunami to reach the United States.